‘Your only right is to obey’: lawyer describes torture in China’s secret jails

‘Your only right is to obey’: lawyer describes torture in China’s secret jails

Human rights attorney Xie Yang says he was shackled, beaten and threatened, in transcripts released in protest at his continued incarceration 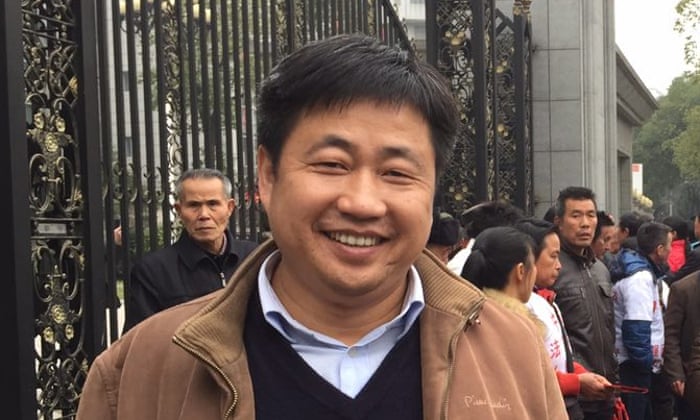 On day one of his detention Xie Yang claims he was shackled to a metal chair and ordered to explain why he had joined an illegal anti-Communist party network.

On day two he was moved to a secret prison and informed: “Your only right is to obey.”
Finally, on day three, the violence began.
“We’ll torture you to death just like an ant,” one inquisitor allegedly warned the Chinese human rights lawyer during a punishing marathon of interrogation sessions and beatings designed make him confess to crimes he denies.
“I’m going to torment you until you go insane,” another captor allegedly bragged. “Don’t even imagine that you’ll be able to walk out of here and continue being a lawyer. You’re going to be a cripple.”
The claims – impossible to verify but which human rights activists say are consistent with previously documented forms of abuse in China – are contained in a transcript of lawyers’ interviews with one victim of the country’s ongoing crackdown on human rights attorneys.
Xie Yang, a 44-year-old lawyer, was detained in the central city of Hongjiang on 11 July 2015, on day three of what campaigners describe as an unprecedented Communist party assault on civil rights attorneys.
More than 18 months after that crackdown began, at least four of its key targets, including Xie, remain behind bars facing trial for crimes including subversion.
Xie’s legal team decided to release the explosive and highly detailed transcript of their conversations with him last week – in defiance of authorities – in protest at the refusal to set their client free.
His statement paints a devastating portrait of the tactics allegedly being used to wage China’s so-called “war on law”.
It comes after Peter Dahlin, a Swedish human rights activist who worked with several of the detained lawyers, gave the most detailed account yet of his 23-day imprisonment in an underground jail in Beijing.
Speaking to the Guardian at his new home in northern Thailand, Dahlin claimed that after being detained by state security agents in January 2016 he was deprived of sleep and forced to endure exhausting late-night interrogation sessions; denied the right to exercise, sunlight and access to his embassy; and questioned using lie-detection equipment with the Orwellian name of a “communication enhancement machine”.
“These facilities are built to break you,” Dahlin said of the covert centre where he was held under 24-hour guard in a padded cell.
In a series of interviews with his lawyers at the start of this year, Xie, whose Chinese nationality appears to have exposed him to far more brutal treatment than Dahlin, described a range of physical and mental abuse.
After being picked up by security agents on 11 July, he said he was taken to a police station, chained up and questioned about his involvement in an “anti-party and anti-socialist” group of lawyers.
Chinese human rights lawyer: ‘You might disappear at any time’

The next day he was moved to a secret interrogation facility inside a guesthouse in the state capital, Changsha, where the alleged torture began.

Xie claimed he was forced to sit in stress positions on a stack of plastic chairs in which it was impossible for his feet to touch the floor. “I had to sit there for more than 20 hours, both legs dangling in such pain until they began numb,” he recounted.
Traditional beatings were also allegedly doled out.
“They’d split up the work: one or two would grab my arms while someone used their fists to punch me in the stomach, kneed me in the stomach, or kicked me with their feet,” Xie claimed, according to a translation of his testimony published on China Change, a human rights website.
“This is a case of counterrevolution! Do you think the Communist party will let you go?” he quoted one of his captors as saying. “I could torture you to death and no one could help you.”
Xie, who remains in custody, claimed agents also issued thinly veiled threats against his family and friends.
“Your wife and children need to pay attention to traffic safety when they’re out in the car. There are a lot of traffic accidents these days,” one agent reputedly told him.
Chinese authorities have not responded to Xie’s allegations and security officials rarely address such claims.
But in a recent editorial, Xinhua, Beijing’s official news agency, rejected criticism of China’s current human rights situation, which some observers describe as the worst since the days following the 1989 Tiananmen massacre.
“Certain western countries, while turning a blind eye to their own deep-rooted human rights issues, such as rampant gun crime, refugee crises and growing xenophobia, have a double standard on human rights, alongside a sense of superiority,” Xinhua said.
Terry Halliday, an American Bar Foundation scholar who recently published a book about China’s human rights lawyers, said the abuse described by Xie was now “par for the course” for those deemed enemies of the Chinese Communist party.
“It all rings true,” he said. “Nothing would surprise me about the degree to which the authorities will go in order to get the kind of response they want.
“It seems to me that part of the evil genius of the Chinese security apparatus has been that they have perfected forms of enormous pressure on individuals that are so powerful that they can compel almost any individual to comply, but yet they are not so manifest with broken bones, or the shedding of blood or external marks that can be used by the media or advocates around the world to criticise the government for inhumane treatment,” Halliday added.
“It’s torture behind a veil. We are left in the position of having to believe or not the person describing what happened to them, with very little evidence externally that allows us to validate that.”
Halliday said one case where there did appear to be clear and dramatic proof of abuse was that of Li Chunfu, another attorney who was seized during the crackdown and recently emerged from 500 days of secret detention.
Li, whose brother, Li Heping, was one of the operation’s best-known targets, was taken on 1 August 2015 during the initial wave of arrests of lawyers and activists. He returned home on 12 January after being granted bail.
But relatives claim nearly 17 months of severe abuse have transformed the 44-year-old lawyer into a shadow of his former self.
“His mind is shattered,” his wife, Bi Liping, is quoted as saying in one online account of the lawyer’s ordeal. A local hospital offered a preliminary diagnosis of schizophrenia.
Halliday said that in meetings Li Chunfu had always struck him as “a very poised, very articulate, sophisticated person”. In photographs taken following his release he was unrecognisable.
“He looked like a different man; someone a generation older. Five hundred days of total isolation. Who can withstand that?”
Xie Yang admitted that he, for one, had not been able to withstand it.
Speaking to his lawyers, he claimed he had suffered a “complete mental breakdown” and, facing a barrage of violence and threats, had caved in.
“I wanted to be done with the interrogations as quickly as possible … so whatever they wanted me to write, I wrote,” he said.
“I told them to type something up and I’d sign it, no matter what it said … I didn’t want to go on living.”
Posted by Thavam